This book entitled Return in the white room, contains a set of fifty photographs, some unpublished, guided the artist’s hand and from the book The disappearance of fireflies appeared in 1982, as well as others, iconic and lesser known but are all of the same sense of displacement.

This relationship to movement at work in the photographs presented as involved in the physical movement of Denis Roche, between here (the place where he presses the trigger) and elsewhere (where it is not or more), as in the handling of his camera he does not hesitate to return or divert its uses, its usual framing or its signifying quality. This device, recurring in many of his photographs can then be considered as an extension and an incarnation of the artist, or even as a questioning of the photographic act. Beyond this single physical movement, this movement also appears in the temporal, between alignment or spacing of the shots in the distance between the time lived and the represented time, as in the transfer of the eye of the photographer at a time given that a viewer at any other time. 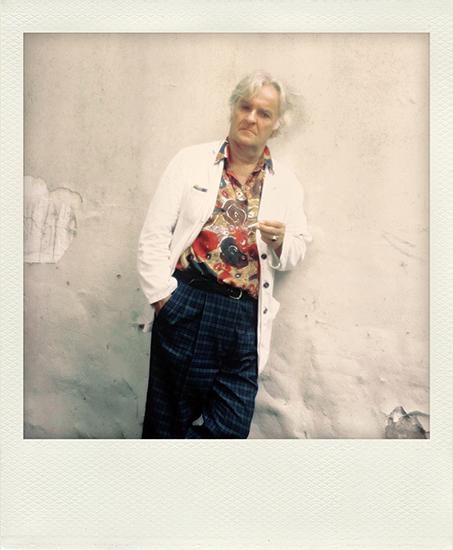