“… I have lived in the forest for more than thirty years. By walking in the woods with friends, exchanges have another content than in the house. Air, plants, trees, seem to form a case in Intimacy, speech is released. The trees are beings who live another temporality, in their contact by infusion we are more complete.

I wanted to try the experience with researchers, scientists, artists, outside a conference room, without electricity, without a computer, by installing a closer relationship between the participants in which the link goes through the language and the body. Trying the experience of sharing knowledge, of meaning as a freed commitment of power which, with any level whatsoever, is a poison.

These meetings are part of a four -part project.

• A work of sculpture on the roofs which resonates the three places in Place Séraucourt: the Maison de la culture Malraux, the water tower and the new house of culture. The deer stands on the MC Malraux, the position of his body and his gaze indicate a direction. The doe, on the new MCB, seems to answer it and the sheep of Jacob, on the roof of the water tower, listens to them. All three are attentive.
We are witnessing an appearance that reacts to the nature of the sky, sunshine, which invites you to look up at the building and rediscover it. It’s about moving your eyes.

• I remember a deer which, after slipping with steep terrain, found itself on the roof of a house below. This vision is at the origin of the project, perhaps also a premonition of the rising sea. We are witnessing here a dialogue between the three places “from the top”: animal and symbolic presence on which will later arise the birds. “[…] 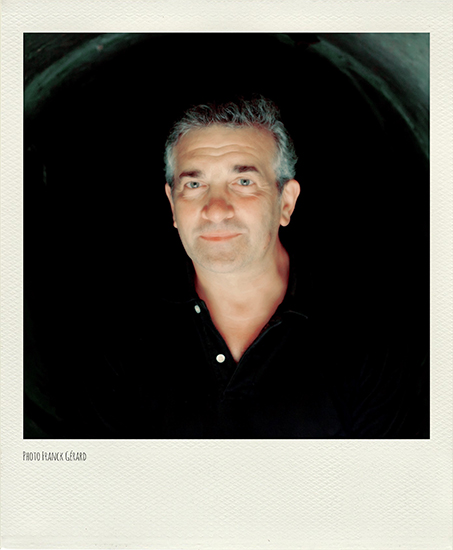 Born in Sologne in 1962, Olivier Leroi followed a training as a forest in Meymac in Corrèze while taking an interest in the art of which he developed a personal practice nourished by meetings with various artists.
In 1995 he joined the Institute of Advanced Studies in Plastic Arts, led by Pontus Hulten. His trips for residences in Africa, Dogon country, Torreon, Mexico or Dumont d’Urville, at the South Pole, allowed him to better understand his nearest and most distant environment and, to do this, the Drawing, collage, sculpture, film or video have been privileged exploration instruments. The economy of gesture bases the practice of Olivier Leroi whose careful observation of living environments plays with the scales and is similar to an operation of revealing reality in its sensitive and cognitive dimensions. Among its publications, we can mention chronopoetics, a monograph at Actes Sud editions in 2015, the most recent: Lanester dogs at Eternal Network in 2022 and this book at Filigranes Éditions.