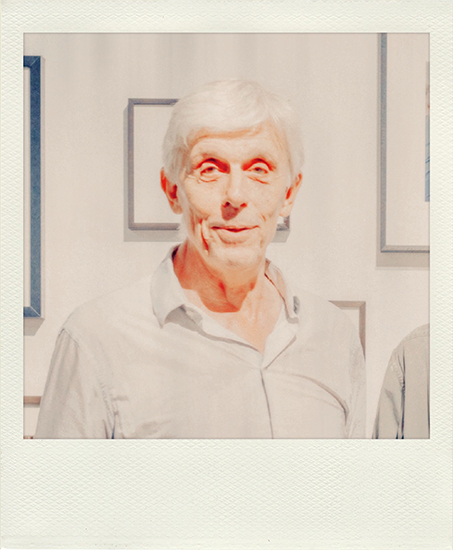 Jean-Philippe Reverdot was born in Paris in 1952. He began taking photographs in 1972. After being an assistant to advertising photographers, he became independent in 1975.

He practices reporting and ordering photos.

He travels to Europe, the West Indies, North Africa, the Middle East and Southeast Asia.

In 1982, the square format imposed itself on him and he began a more personal work in black and white.

That same year he produced a series of portraits of paintings. These meetings will be decisive for him.

In 1985 he abandoned commercial photography and color. 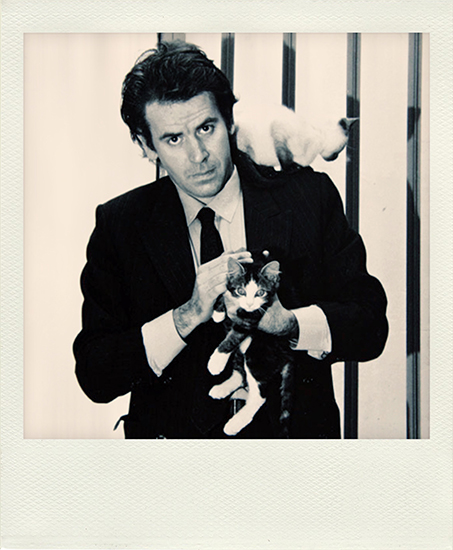 Bernard Lamarche-Vadel, born July 16, 1949 and died May 2, 2000 at The Croixille in Mayenne, is a writer, poet, art critic, novelist, and French collector. Poet and short story writer, he composed a considerable body of work and noted art critic in the 1970s. He killed himself in 2000 at age 50 in his castle of La Rongère, leaving behind four children, including Rebecca Lamarche-Vadel (president of the association “Art Effect”). BLV is also that, in 1981, contraceptive prevalence of minimal and conceptual art in France in organizing the exhibition “Beauty Finish with” revealing the artists Figuration Libre. Through its support for artists and his work brought strong criticism, has contributed to the recognition of the medium of photography in the years eighty.
Les actes du colloque “Bernard Lamarche-vadel, en marche”, dont Tristan Trémeau a assuré la direction scientifique en novembre 2010 pour l’école des beaux-arts de Quimper, sont désormais consultables et téléchargeables (PDF) sur un site spécifique :