Mohammad Bamm and his poetry are well known to the Persian -speaking public, in particular followers of the “postmodern ghazal”. It may seem strange that his first book is published in a bilingual version, with a French translation, thousands of kilometers from his native country. The translation of poetry in another language, although it can link the two cultures and attract audiences around the world (especially in French, which has rich and powerful literature), is often an excessively difficult exercise. If the poet, the translator and the text are unable to establish the required communications, due to the loss of capacities and linguistic techniques, the inability to transfer textual references to cultural and historical events, from The loss of verbal music, the difficulty of understanding by readership due to cultural differences, etc., the result will not be as significant and the translated work cannot be fully welcomed by the public. Recall that the “postmodern ghazal” has rhythmic formats and, in Persian it is difficult to respect rhythms and rhymes in the translation. On the other hand, the works belonging to this current of poetry are full of verbal games as well as indigenous and cultural references, generally lost during the translation or requiring many notes of page in order to transmit their full potential. 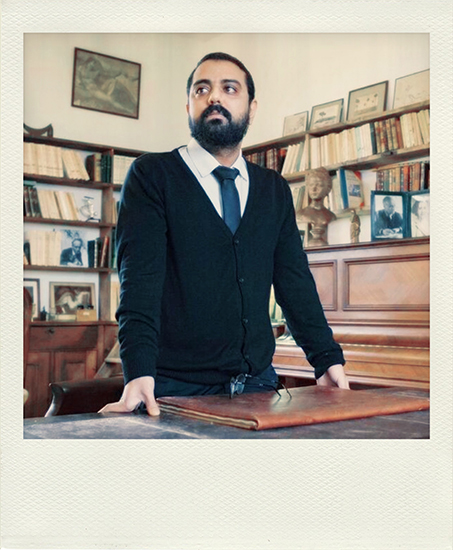 Mohammad Bamm was born in January 1990 in Sarbandar, near the port of Mahshahr. His family, who had been forced to emigrate because of the eight -year war, returned to the country before he was a year old. So he grew up in Abadan, although he had never been able to see the pre-war prosperity in the city. He discovered poetry in him by accident when he was studying at university and was imprisoned for a short period a few years later because he wrote poems. He was again arrested a year after his deposit on bail when he was still waiting for his trial.

The security forces removed it on the street after the second night of the 2017-2018 demonstrations. This time, he stayed in prison for three months until his liberation on bail.
He spent a month in isolation under interrogation and torture. During this period, he also lost his job as a teacher, so he decided to leave Iran against his will. 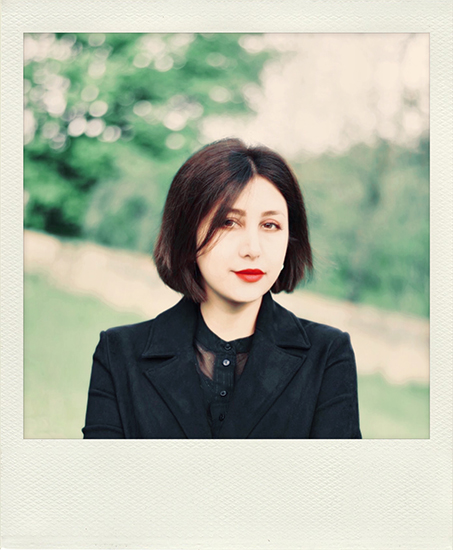 Nazanin Bamm – Eftekhari accompanied him on this trip. Nazanin was born in May 1993 in Abadan.
She continued her studies in Abadan and Mashhad. She started photography after her father’s death, probably in response to this loss and in a completely intuitive way. She first took pictures of her own staging with her mobile phone.
One day, when she went to a studio to print her photographs, she received a job offer. Consequently, she practiced her art in a professional manner while continuing her photography studies.

While the couple were in Turkey, they learned that the court had sentenced Mohammad to prison and flogging. There was therefore no doubt that they had to continue their trip. Finally, thanks to the support of the Icorn network, they left Turkey for France and were welcomed by the City of Poitiers.

site web
In his play, Hedayat, Behi Djanati Ataï at once makes the great contemporary Iranian writer Sadegh Hedayat (1903-1951) and his father, who wrote his first biography. When his father wrote this biography, Behi Djanati Ataï involved in the project, participates in the typing of the manuscript, reads books Hedayat, although she realizes now that at the time she could not capture all the subtleties of his books. This biography published in 1978 and, in parallel, also deals with the history of Iran, was banned shortly after the Islamic revolution. The editor was jailed while the father is concerned Behi. Behi and his family decided to leave Iran. After 6 months in the United States, they joined his father in France, who was deported on arrival in the United States.

Behi spends his tray Paris, is the support of the theater school of the street Blanche (ENSATT) where it is allowed, but according to the wishes of her mother, she decides not to become an actress in the short and began scientific studies . After a brilliant course, she began to attend a theater workshop in the evening and then spent a hearing that allows him to enter a troupe. Thus it becomes a professional actor. She plays in several contemporary works, and in 1998 created with Thierry Le Goff a theater on the White Whale barge in Paris. She also plays in feature films (including The elders who read novels of love, Rolph de Heer with Richard Dreyfus).

Behi remembers saw the injustice of censorship, by the fact that all the work done by his father, so to speak, "thrown in the trash with the work of Hedayat. It has long kept in her desire to write a piece from the book of his father and make him turn to tribute. As she wrote the piece for some time, she decided to only read the text after a trip to Iran. It was not returned to her country for 22 years, she discovers that Hedayat’s books but there are still censored and various books that refer to the biography of his father, although it is still prohibited. Upon her return, she realizes that 2003 will be the hundredth anniversary of the birth of Hedayat and the tenth anniversary of the death of his father. It therefore gives the text to the Director of Revest, the scene of Toulon, it already knows as an actress. The latter is captured by the project and its energy, it offers a home setting.