It is clearly part of a tradition of documentary photography, narration, testing and engagement. To testify, to give to see, preferably in black and white, to agree with the time to go beyond the appearances, to be accepted to at the same time to respect those which it represents and to deliver keys which exceed the anecdote, such are the bases of his long-term investigations.
At home, in Kabylie, as well as among the Azawad militants with whom he first maintains a cultural proximity or in Germany where he is based, he attaches himself to people, to looks, to attitudes. It tries to decipher the situations and to share with us these complex worlds often difficult to approach or, too often, hidden by clichés and stereotypes.
Ferhat Bouda is mainly interested in minorities: Berbers to nomadic peoples like the Tuaregs, the Mongols.

Cahier is a collection of workbooks published in facsimile, directed by Zoème in Marseilles. Each book offers the reader the opportunity to penetrate into the intimacy of the creative process in photographers: sketches, sketches, notes constitute, before the finished work, an autonomous aesthetic body all the more vital as it is still in the making. We have already published Arja Hyytiäinen, Ali Taptik, Nina Korhonen, Julien Magre and Pascal Grimaud. For these artists the notebook is a medium for reflection and research: texts, press clippings, notes taken on the internet, contact sheet, e-mail, etc .; the world is confronted with it, decanted, sorted, in a continuous comings and goings between the private and the public, between community and conscience. 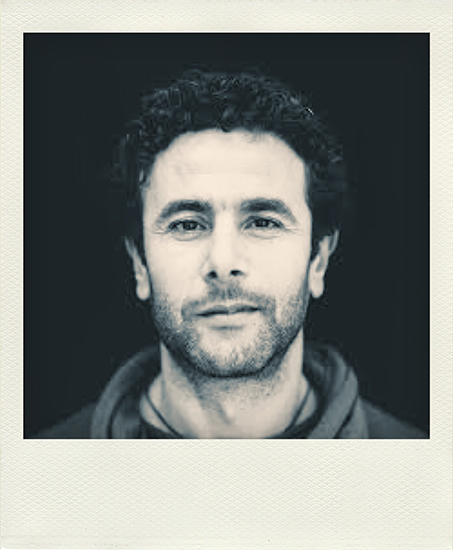 Ferhat Bouda was born in Kabylie. As a teenager, he fights for the recognition of the Berber language in the Algerian Constitution. He studied cinema in Paris before becoming passionate about photography. “I wanted my grandmother to see movies in her own language”. At the heart of the 2000s he moved to Frankfurt. In 2005, the city tries to hunt punks public spaces, Ferhat uses his camera to denounce this situation. Since then the photographer is mainly interested in minorities and marginal groups and tries to draw attention to the problems and needs of these populations.