In 1877, the light brothers come on vacation in St Enogat (Dinard-Brittany). They are accompanied by their teachers and received by a family friend Louis Jacolliot former magistrate and author of Adventure novel.
They stay in a villa near the sea and they tell that they set up a small laboratory at the bottom of the cave, the slaughter to the fairies, where they could access low tide. Absorbed by their experiences in the darkness of the cave, they let themselves be surprised by the rising tide. Seized with fright, blocked by the sea at the bottom of the cave, they would have done an oath to never separate if they escaped drowning. Narrative or
Legend, thus forgered the figure of the two inseparable brothers who accompanies all their adventure of inventors and industrialists.
It is striking to remember that in this same cave, one of the legends relates a magical vision where the eye plays a vital role. This is the story of a woman going to this cave, invited by the fairies. As she touches her eye from a robbery gave by the fairies, the cave appears to him like a rich man house inhabited by princesses. Many gulfs in the region are housed captions related to fairies
Houles Paul Sebillot, considered the greatest folklorist of Brittany, has collected at the end of the 19th century. 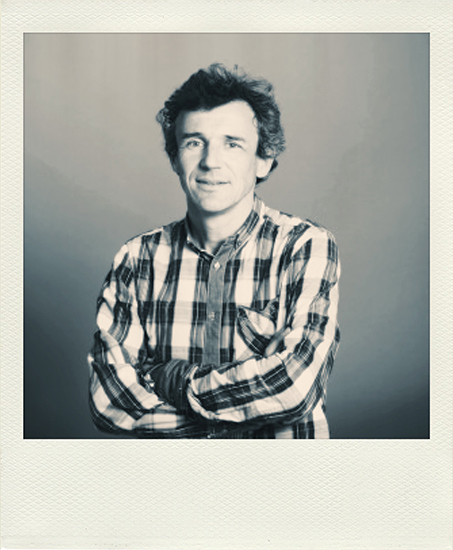 Pierre-Jérôme Jehel photographer and professor at the photograph department of Gobelins, Paris. His photographic practice and his research focuses on the relationship between photography, field sciences and travel. The question of the landscape and the relationship between man and nature is an important axis of his work. He always addresses it in a balance between a documentary and poetic approach. Located in Dinard, he continues work on the territory through exhibitions, events, publications.