Yusuf Sevincli not seeking unilateral consent or approval of an audience. It merely photographing his environment, his fears and questions daily, and sees the photograph means to stay connected to the things and beings, a response – response – to the environment that surrounds and movements inhabit.

By the quality of his work and thinking around it – both deep and naive – Yusuf gives us a photographic treasure at the same time a great lesson in humility … A breath of fresh air in sclerotic small world of art today.
I started at the age of 20 years, during my university years. I was studying journalism and my first contact with photography was done during the course of the history of photojournalism. More than practice, so I was first attracted by the history of photography and its iconic figures, by the sense of their messages and the effort to understand the power of the image. I am now convinced that beyond the style of each photographer or an artist making use of photography should know the history of the latter, in order to understand their capabilities fair value of the medium. 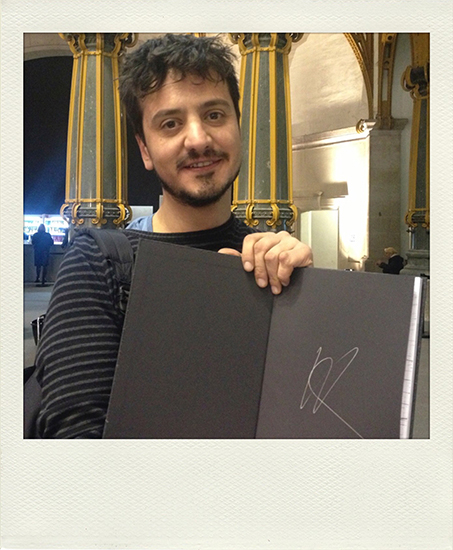 site web - site annexe
Yusuf Sevinçli graduate of the Communication section of Marmara University in 2003, he joined the following year a MasterClass devoted to documentary photography in Sweden. He then built his own work through several series, including Good Dog, which have been the subject of numerous solo exhibitions as collective Turkey, Europe and the world (Month of Photography in Moscow, Thessaloniki Photobiennale , Fotografia photography Festival Europa Reggio Emilia in Italy Fotografie Noorderlicht the Netherlands, Australia FotoFreo …).
Since 2008, his work is also often been published in edited books on photography (“Image Makers, Image Takers: The Essential Guide to Photography“, Thames & Hudson) and in various international magazines.He lives and works in Istanbul.