As part of his 2018 residency, the PMU invited Julien Magre to take a fresh look at the world of the horse.
For this photographic project, Julien Magre has immersed himself in the world of horse racing, stables coaches gallop and trot to the racecourse.
While discovering the scenes of the emblematic places that are Chantilly and Grosbois, the photographer wonders about the border between the human intelligence and the animal instinct.
In addition to the beauty of the surrounding nature, the images of Julien Magre reveal all the respect that these riders and horses show to horses on a daily basis, the strength of the bond that unites them and “the respect of the hand”.

Julien Magre was born in 1973. He is presented by the gallery Le Réverbère in Lyon since March 2017. He is attached to the photographic object – the “box” of photographs. Photography exists and applies through the book, an object that can be used in its field and manipulate to make its own.
He has directed several exhibitions in galleries and festivals: in France, Italy, Australia, the Netherlands, and New York in 2003, where his exhibition was sponsored by Michael Stipe.
In 2014, it is part of the collective position of the BAL, it is necessary, I leave with you with Sophie Calle, Antoine d’Agata, Alain Bublex and Stéphane Couturier, catalog ed. Xavier Barral. He exhibited the same year alongside Laure Vasconi at the Filature de Mulhouse and the Tri-Postal of Lille with the France Territoire Liquide collective. In 2015, he exhibited a series They already want at the Château d’Eau in Toulouse. In January 2017, he presents his series Troubles and One Winter Without Mist at the Galerie Le Lieu, in Lorient. He shows for the first time his series, as well as the fear of darkness at the Toulouse MAP festival in June 2017, is sponsored by Leica. In September 2017 is presented Elles, a corpus of 350 images (photographs, polaroids, letters …) is sold between 1999 and 2017, around his work on his companion Caroline and her two daughters, Louise and Suzanne, at the gallery Le Réverbère in Lyon, in resonance with the Biennale de Lyon. 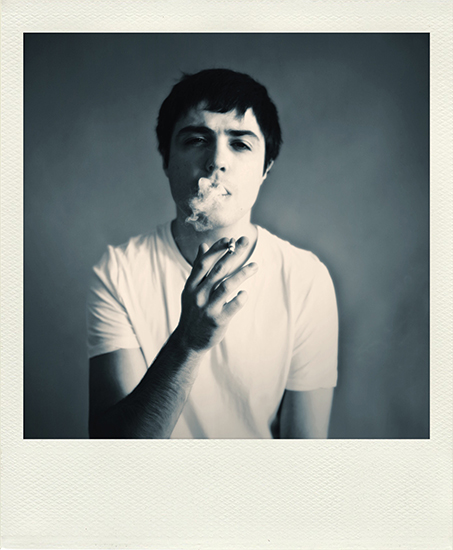 Julien Perez Born in 1986. Lives and works in Paris. A graduate of the Paris 8 “Philosophy and Contemporary Critics of Culture”, he is a composer, performer, author and art critic. His musical approach feeds on protean ways that go to the crossroads of disciplines. He publishes solo albums under the name of PEREZ on his label Etoile Distante Records and collaborates with visual artists such as Dominique Gonzalez-Foerster, Ange Leccia or Sâadane Afif.