The identity parasite
What is the relationship between portraiture and identity? On paper of the same name, common sense suggests that the existence foregoing representation, the identity that determines the portrait. But we can also observe the inverse relationship. Like Trotsky is offset by the Stalinist propaganda, the history of France that Job knows only Gauls and Francis. They have existed, Jews, Roma, Italian, Polish and other migrants? Nothing in the picture betrays their contribution to the development of the nation. Exiles of representation, they are at the same time in history.
Undocumented migrants are undocumented images. Deleted from the legitimate space where everyone feels entitled to appear, their identity wanders away and disappears. The relationship of the existence of representation can be toured in both directions. To deny someone his portrait is likely to threaten its existence.
Why All the walls on the face of Florence Aubenas, or because we have seen in this recall a way to prevent its erasure of memories – a powerful way to save his life? It is under this law visual Sylvain Gouraud began to bring the image in the footsteps of those who were wandering in limbo.
Using a model of the media, they returned what could be called an identity parasite. An identity smuggling undesired forcing rules, foot in the door. Like any infringement, it could not long resist the police images. That is not the most important. […]
André Gunthert
Coproducer
Utile Ignorance
Released
23/01/2009
Collection
Hors Collection
Format
150 x 210
Broché
35 color photos
40 pages
ISBN : 978-2-35046-161-8
Buy
Press review 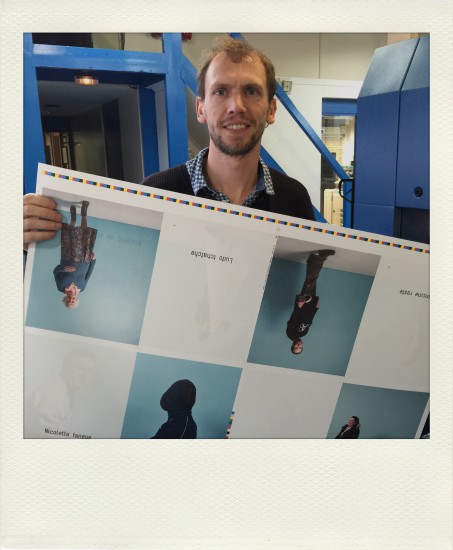 Sylvain Gouraud is a photographer. He is interested in photography as an object in itself, which it queries the own materiality in relation to disadvantaged social backgrounds and lack of visibility, returning the ultimate effect of this medium ranking that operates generally.
The political aspect is recurrent in the work of Sylvain Gouraud.
This is what allows him to return to his subject, it is a reflection on the organization of our societies.
He uses photography as a fact, a look that sometimes become active: how photography can be the engine of our political actions.
For this, he does not hesitate to involve the public, questioning the notion of copyright, so dear to our time.