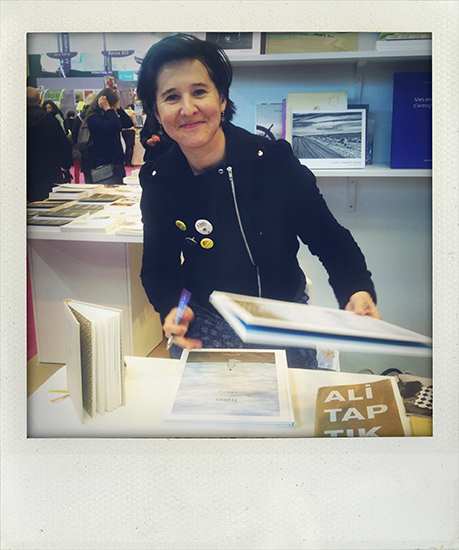 site web
Wanda Skonieczny was born in  Aix-en-Provence in 1973. In 1997 she graduated with Masters of Fine Arts from the University of Strasbourg. She has lived and worked in Marseille and set up his new workshop in Brittany. With the coming of these studies, she decided to pursue his research on the photographic material. It then develops a new technique for images printed on fabric to size linked to the site, the public, for a face to face with his models.

Yvon le Men was born in 1953 in treguier. Since his first book, Life (1974), write and say are the only trades Yvon Le Men. He is the author of a major poetic works which are supplemented by interviews, three stories and two novels.
A Lannion where he lives, he created in 1992, the meetings entitled “It’s a long poem.” Amazing traveler, he works at the festival of the same name and Saint-Malo in Bamako, from Sarajevo to São Paulo, he is the ferryman of poets and writers. In 1997, he created a poetic space. From 2006 to 2008, he published a weekly column in the newspaper Ouest–France: “Around the World in 80 poems. “His writings, books or anthologies, translated into fifteen languages​​.
In addition, for many years he worked in schools with children.