Cuisset Thibaut was immersed in the countryside. Without neglecting the different scales offered by the scale panoramas, he returns a landscape discreet, no ranting. Not that specific to surprise the tourists but the honest man, a land walking writer living and quiet that can be discovered with patience and caution .. This retention of the operator, which is as attention to the substance latent landscape is reflected in the interest of photography and documentary accurate light .. Thibaut Cuisset out of this land the variety and quality of specific landscapes, but it also offers a close reading of his concerns, that of an “absolute outside, pure and universal.
(From text Didier Mouchel)
Coproducer
Pôle images, Haute-Normandie
Released
15/05/2009
Collection
Hors Collection
Format
310 x 247
Relié couverture cartonnée
29 color photos
64 pages
ISBN : 978-2-35046-171-7
Buy
Press review 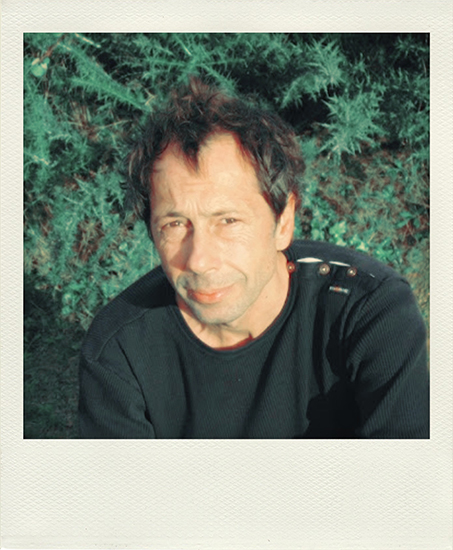 site web
Thibaut Cuisset deploys his photographic work by successive campaigns on various territories: Australia, Switzerland, Spain, Italy, Corsica, Turkey, Britain, Japan, Pays de Loire. The places are not considered in terms of news but as landscapes shaped by man and by the time urban areas, suburbs of large cities, cultivated countryside, coastline, river plains and deserts as well as montages. “In articulating the more accurately a subject, light and color, working for disposal and water treatment plants, where neither the story nor the exotic, the picturesque or the pathos have their place,” Thibaut Cuisset seeks to represent a powerful and discreet, the essence of the landscape. Based on soft colors and deductions, it shows that the territory is not fixed, it is the result of history and multiple interventions.
Thibaut Cuissetis represented by the gallery Les filles du calvaire, Paris