“What are the objects that Jean-Michel Fauquet’s dark photographs disclose ? Pursuing the umbilical metaphor, I want to say that they are birth images, or rather, images about origins, so they at once appear both very old and close to a violence at the beginning of things. This is why they seem uncanny, because, like the photographs themselves, they seem to partake of opposites, of deep uncertainties. The mechanical instruments, which all seem ominous, if not overtly violating, appear so old and unfamiliar that their functions are lost to the past, and yet we recognize, or even remember them. They seem to have originated in a time when science was in its infancy and its potential for destruction or salvation was unknown. Again, very much like the early spirit of photography.
Likewise the most commonplace things, like a coat over a chair or stairs, are severed from context and rendered new, unfamiliar, monstrous, and old, all at once. This is an archaic experience below or beyond the level of history, not exactly archetypal but always there. It scarcely matters that the photographer has organized the whole scene, made it all up. It isn’t really him, after all, but something less personal, more demanding.”From Lyle Rexer, in “Positive into Negative”, Jean-Michel Fauquet. Kaïros, Haim Chanin, 2007.
Released
04/07/2013
Collection
Hors Collection
Format
240 x 300
Français
Relié couverture cartonnée
39 photos duotone
40 pages
ISBN : 978-2-35046-288-2
Buy
Press review 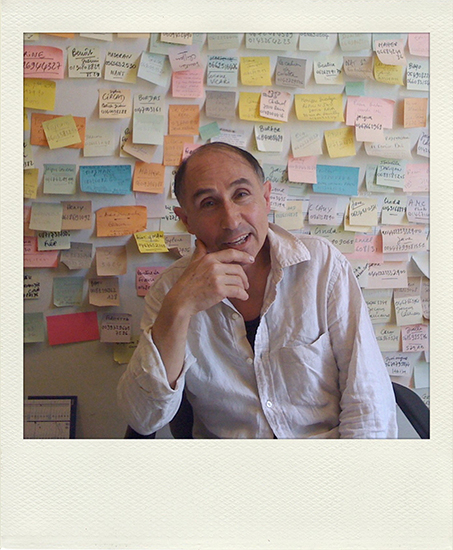 site web
Born in 1950 in Lourdes, Jean Michel Fauquet undertakes a journey of twelve years in Canada, where he teaches photography at the University. It is, however, he moved to Paris and it is exposed. Work more like oil paintings than photographs. His way of seeing the light and shapes is very personal. Its printing processes as well as the use of paper or special media also make an alchemist. Drawing, painting, sculpture, photography are all techniques that contribute to the achievement of its images. His work has resulted in numerous exhibitions.
He is represented by Galerie Claude Bernard, Paris