Selfäheg: adj., German, goal Also used in English, Danish, Dutch and Luxemburgh: Socially acceptable, preset.
I am interested in the relationship between the work with the decoration. My work is the reflection, or I say that one can offer a work of art playing with the most conventional aesthetic codes.
The Selfäheg photographic work was born from the desire to restore a contextual place of its own, and paradoxically invisible: the place of the living room. The painting as a decorative object hanging on a wall, above a sofa, a table, etc. a place that is fundamentally intended for it.
Louise Lawler is less interested in the original process of creating the work of art than in which it is necessarily located and which depends heavily on the sphere of influence of the artist. It appears that intrinsic plastic qualities to a paint may be in contact with its environment and constitute autonomous photographic work.
This work aims to emphasize these formal relationships as well in paintings that I install indoors, or ceded paints that I will take from individuals without modifying the interior. It highlights the day-to-day traffic and presentation operations and is a long-run work. 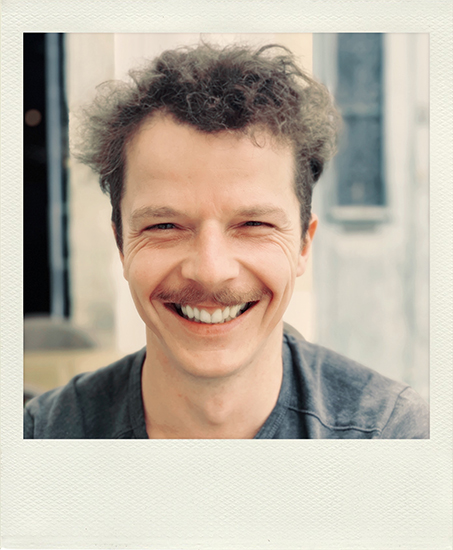 Pierre Galopin is an abstract painter born in 1984 in Cherbourg. He studied at the School of Fine Arts in Rennes, which he graduated in 2008. He lives and works today in Rennes.
Pierre Galopin works mainly on his technique, and leaves the result surprising him, arrive by accident. It usually work on standard, ground and varnish chassis. It first applies a first layer of oil varnish, then a second varnish with water. The chemical reaction between the different elements is such that the artist has very little influence on the final result, he can only anticipate and act in function. Thus, its series of canvases do not register in a temporal sequence, but are elaborated a posteriori, according to the similarities between the different achievements. The subjects remain free, acting on themselves once the artist has breathed enough energy. Failing to control the result, Pierre Galopin masters his tools that he is constantly expanding the range. The workshop of Pierre Galopin is similar to a laboratory. The painter adopts an experimental approach, aimed at discovering painting, testing it, push it over. It is the total control of the technique which is targeted by the painter, not that of the result.

Isabelle Tessier
Director of the Vitré Art library, Isabelle Tessier curates exhibitions in charge of a public collection of contemporary art and has written many texts for monographic catalogues and books, in particular on contemporary photography.

Louis-Michel Noury teaches the history of the landscape, parks and gardens at the School of Architecture of Brittany. He is the author of a thesis, led by Alain Corbin, on the provincial public gardens under the Second Empire and has already published several books on the history of French gardens.