"Casablanca is a city extremely complex: multiple, chaotic, contradictory. The work presented here can reproduce only a few fragments of this complexity, a shade among the shades.
I can not say that in my various visits to Casa, I have exhausted the secrets. Far from it … Refusing to plan my photographic explorations, I found myself wandering through its boulevards, squares and alleys, visiting several times the same neighborhoods, often pacing the same routes, guided by my instinct and haunted by my obsessions. Many monuments and places significant shortage is in this book, a tour guide can not forget. This next part will at least have the advantage of giving free rein to the imagination, the "spectator" to take advantage, trying to imagine other cities behind the puzzle pieces that give visual to see. "[…]
Marco Barbon
Coproducer
Postcart, Italie - Galerie 127, Marrakech
Released
26/09/2011
Collection
Hors Collection
Format
220 x 230
Relié couverture cartonnée
35 photos colors
96 pages
ISBN : 978-2-35046-221-9
Buy
Press review 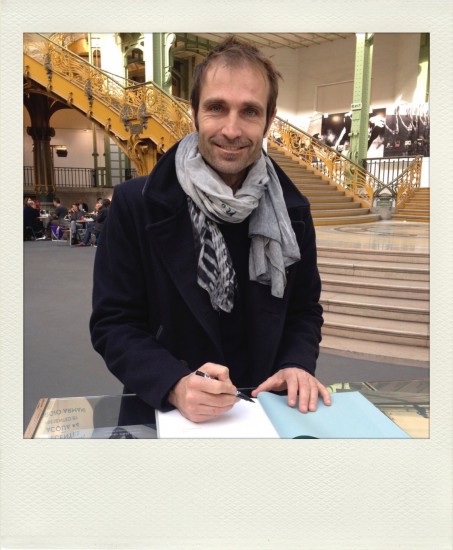 Marco Barbon was born in Italy and lives in France, between Paris and Marseille.
After a PhD in Aesthetics of Photography at EHESS in Paris, he began a personal artistic research, which emerge his two favorite issues: firstly temporality, on the other this border area between reality and fiction the photographic medium, both documentary and fictional tool device is particularly suitable for return.
Author of Asmara Dream books (Filigranes, 2009, reprinted in 2016), Cronotopie (Trans Photographic Press, 2010), Casablanca (Filigranes, 2011), Les pas perdus (Pursuit, 2014), Asmara (Be-Poles, 2014) and El Bahr (Filigranes, 2016), his photographs have been the subject of several publications in the international press and are regularly exhibited in France and abroad.