“Photographing is for me an act of love and a behavior in the face of time that is intimately linked to my meeting with Colette in 1991. I photograph by desire and need by choosing the moments that I want to keep the memory, taking the images of our lives to with an amateur autofocus camera in the palm of my hand Can not look through the viewfinder, I often frame with the uncertain feeling of cutting the space in the right place.Sure of the moment I’m less of the moment: I then have to take several shots of the same scene.The fact of framing without looking and never deciding where the focus will be made is one of the most magical constants of photography. Chance mingles with the desire and the pleasure of the moment which must be kept track of.
Photography is certainly the art that can be said to be the most tempting. The brevity of the shot making the immediate repetition of the photographic act always possible often plunges the photographer into doubt and uncertainty as to the image obtained. Try again, always and again. The doubt will leave only once the film developed, facing the moments seized successful. Looking at my contact sheets gives me a feeling of total rediscovery of the moment lived, and at that moment I see very precisely what I perceived more than actually seen. “G.G.

A leading edition accompanies this edition including the book and a photograph * in the format 14 x 20 cm, drawn, numbered and signed by Guillaume Geneste. * Photograph of your choice in the book drawn to single copy. 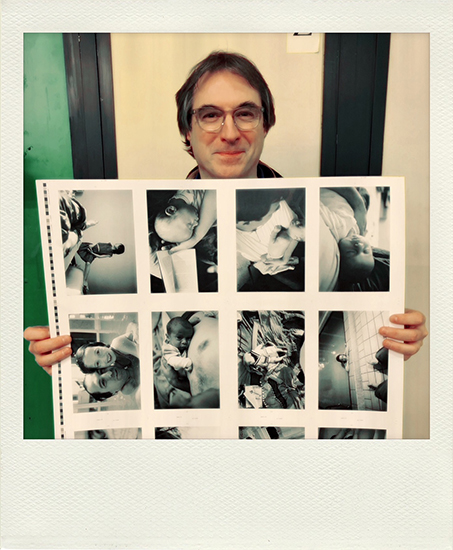 Guillaume Geneste is founder of the laboratory La Chambre Noire in Paris opened since 1996. He draws the images of many photographers authors and practices film and digital processes. In parallel with his activity as a shooter, he photographed his wife Colette and his two children Chloé and Gabriel as “family self-portraits” where he performed with them at their side.