With this exhibition the museum of Impressionist Giverny wishes to question our vision of famous Monet Gardens in Giverny, watched five internationale.Loin renowned photographers stereotyped clichés, the works of Stephen Shore, Darren Almond, Bernard Plossu, Elger Esser Henri Foucault and invite a contemporary reading, plural, completely new, this high place of tourism which was for the master of Impressionism the essential motive of his painting during the last twenty-five years of his life.
Claude Monet moved to Giverny in 1883. He was 43 years old. Seven years later, he bought the house and the garden he aménagea for his taste, and a few years later, dug a lily pond on the other side of the road.
From 1977 to 1982, the American Stephen Shore, commissioned by the Metropolitan Museum of Art in New York, photographed the resurrection of Monet’s garden. From 2009 to 2013, was given carte blanche to Darren Almond, Henri Foucault, Elger Esser and Bernard Plossu who appropriated the garden of the painter. They walked, contemplated, studied day and night, winter, spring, summer or fall, the magic of the place, its ephemeral beauty, constantly reinvented. Inspiration, the garden has been a space of experimentation.

Stephen Shore stayed three times in Giverny. The first time in 1977, at the beginning of the restoration of the domain, and then in the fall 1981 and spring 1982. Grand colorist, famous for his photographs of scenes of ordinary life that breaks with the aesthetics of the beautiful advocated picture until the 1970s, Stephen Shore has faced “the intrinsic beauty of the place and a painter of garden that Monet structured in the interest of his painting.”
8×10 inches with a bedroom, the American photographer recorded with extreme precision and in a purely documentary style the different facets of the garden in its rebirth. For close-ups and unpublished viewpoints, American photographer whose images Book apparent neutrality allows to imagine this garden in the 1880s, before it became the preferred model of the painter.

In 2011 and 2012, Englishman Darren Almond photographed the garden of Claude Monet‘s full moon (Fullmoon Printing) and dawn (Civil-Dawn), this time Magic preceding the appearance of the solar star on the horizon. Endowed with a powerful poetic aura, his images are based on an experience of time and memory.
Traveler, explorer, landscape, photographer and video artist Darren Almond continued his pilgrimages to the land of artists (William Turner John Constable, Gaspar Friedrich Paul Cézanne) which led, with the turning of a solo exhibition at the Frac Haute-Normandie, with Claude Monet. There, slowly, and give “More time to speak to the landscape,” he caught the strange colors and delicate flowers suspended in the light of dawn. 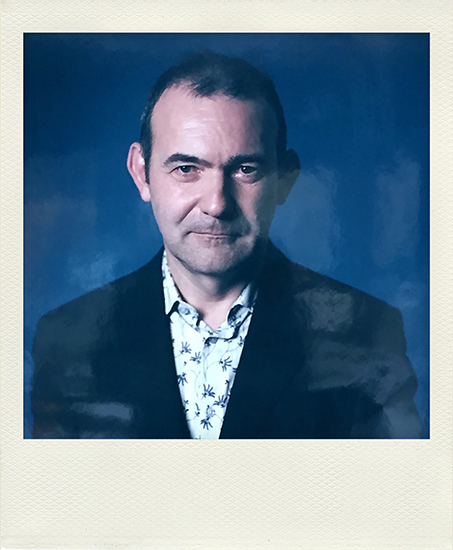 Born June 3, 1954 in Versailles, France. A graduate of the Ecole Nationale Superieure des Beaux Arts in Paris. Professor at the National School of Decorative Arts in Paris. Lives and works in Alfortville, Val de Marne.

Sculptor, photographer and video artist Henri Foucault develops an artistic universe, by the play of light, likes to invent new forms of perception. The clash between two practices, the slow processing of a volume and the brilliance of the photographic act, arises the possibility of merging sculpture and photography.
Photographing and carve, sculpt and photograph, it is this alternation is accomplished in the work of Henri Foucault.

Director of Exhibitions and Research at the musée des impressionnismes Giverny